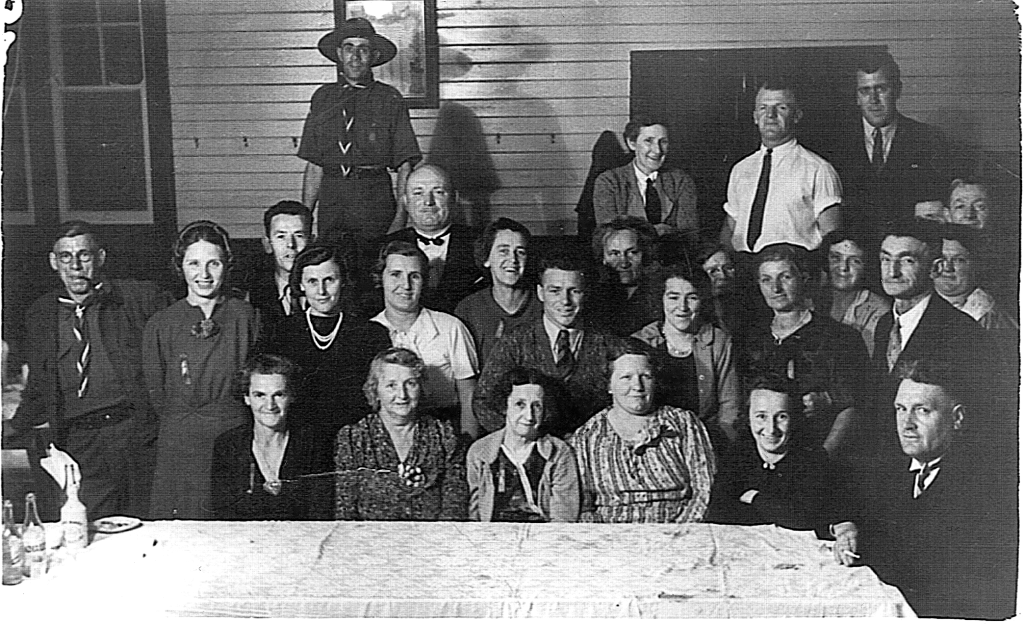 Kurri Group Committee 1940.
Sen Cons C.S. Dimmock group president, sitting at the end of the table with Charles Triggs Standing next to him and Bess Triggs sitting 1st from the left